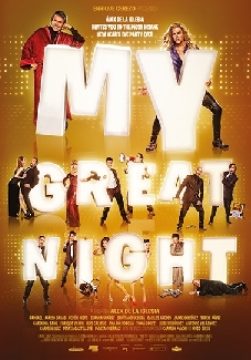 Living on unemployment, Jose is sent by a job placement agency to work on the taping of a New Year’s Eve TV special, in the middle of August. Hundreds of people like him spend a week and a half cooped up on set, day and night, sweating horribly as they pretend to laugh and stupidly celebrate the fake coming of the new year over and over again. Outside, picketers try to put a stop to the taping. And inside, no one can leave. Meanwhile, a lunatic fan is planning to kill pop superstar Alphonso because he never reads his letters. Can Jose survive this senseless nosedive that is life?