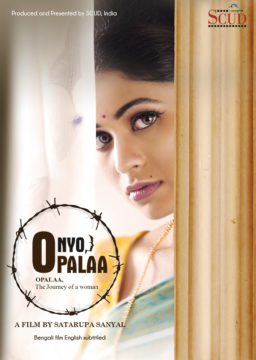 This is the story of the journey of Opalaa, a middle aged widow. Thanks to her beauty, Opalaa is married in an aristocratic family, at a very tender age. But on the very night of their marriage, ShyamSundar, her husband, rejects her. Opalaa tries hard to win his love but perpetually fails. She notices that the most important person in the family is Ananta babaji, the Guru to the family. Her husband, ShyamSundar serves this person with devotion, and Opalaa, as a result, hated this man. One day Opalaa discovers, to her dismay that the two men had a physical relation and she tries to commit suicide, but Shyam Sundar takes care of her with a lot of affection. A number of years pass and Opalaa's only son, Atanu, lives in America while ShyamSundar has passed away. Opalaa decides to commemorate 25 years of ShyamSundar's demise with some fanfare. On the very day of the occasion, Ananta babaji makes a visit after a long period of twenty five years. During the night he falls ill and requests Opalaa to let him see Atanu but Opalaa refuses to oblige. Ananta babaji dies that night. Atanu does not even suspect that his real father had died just then, because he never knew who his real father was. On the same day something new about Atanu comes to Opalaa's knowledge. It changes her mind. She embarks on her new journey alone.