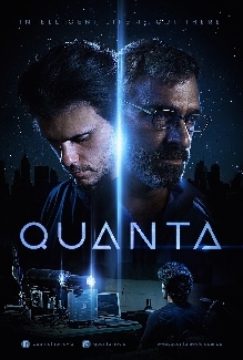 Smart sci-fi that blends the low-fi thrills of PRIMER with the mind-blowing premise of LIMITLESS.

From the producers of the indie hit ARROWHEAD (aka ALIEN ARRIVAL)

George, a middled-aged physicist, reluctantly takes on an ambitious and arrogant 20-something, Tom, for a research project exploring dark radiation and the revolutionary properties contained within. When they accidentally direct their receiver to the skies, a wealth of data is received proving that intelligent life exists outside of our solar system.

The discovery divides them as each has their own idea of what to do with the almost limitless information. In secrecy, Tom implants the knowledge into himself acquiring giving him almost limitless knowledge of the universe. This leads to a media scandal, careers and relationships destroyed and lives threatened. Eventually George destroys his creation to protect humanity, leaving while Tom connects with another human being for the first time.