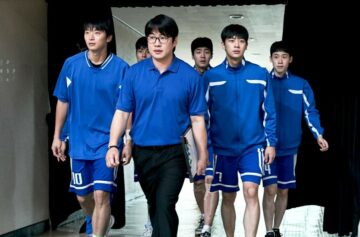 Joong-Ang High School was once renowned for its high ranked basketball team, but as the years pass and victories grow fewer, the school’s social worker KANG Yang-hyun(AHN Jae-hong) who was a former minor league basketball player, becomes the head coach. Left over talent refuses to play under an inexperienced coach, leaving Coach Kang to pull together a ragtag team of sports misfits. The team is pushed to their limits, but one final obstacle threatens to destroy what little hope was left, until six members agree to return for the love of the game and take on the KBA National Tournament. With only six players on their roster, they begin knocking on victory’s door, following Coach Kang’s motto: “There is no such thing as missed shots, there are only rebounds!” The miracle journey of Busan Joong-Ang High begins.