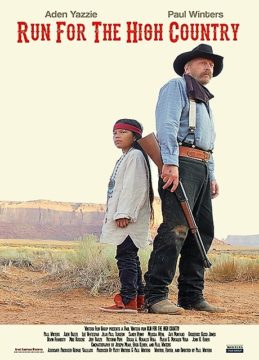 Run for the HIgh Country

While tracking a murderous band of outlaws in the Arizona Territory, a seasoned U.S. Marshal is ambushed. Seated on his horse and left to die with a noose around his neck, his life is saved by a lost Navajo boy whose father has been killed by renegades. Together the Navajo boy and the Marshal form an unlikely friendship as they fight the outlaws and a band of Apache Indians in a bid to get the boy home safe. It takes all of the Marshal's survival skills to protect them and persevere as they travel from the saguaro cactus dotted desert to the mountains, and finally to Navajo country in Monument Valley.