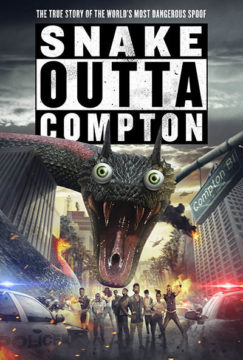 A young rap group suddenly finds themselves up against a giant, mutated snake that threatens to destroy their search for stardom! Aided by two corrupt cops, a crazed gangster, and a mad scientist, the band has one thing to do before getting the record deal they need; get that motherf**kin’ Snake Outta Compton! Prepare yourself for dope ass beats, unfriendly fire, and the biggest, nastiest snake you’ve ever seen in this outrageous satire of creature features, urban gangster films, and hip hop culture.