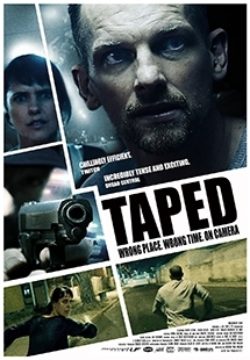 In a last ditch effort to save their marriage, Johan and Saar, revisit Buenos Aires where their love first began. Fulfilling a promise to their daughter, they videotape the ‘vacation’ however when mutual betrayals are confessed any hopes for reconciliation are shattered and they catch the next available bus to the airport.

Continuing to film the closing frames of their journey they inadvertently witness a cold-blooded murder by a local policeman… the evidence caught on tape. Johan and Saar soon find themselves in a tense stand-off with the corrupt cop who confiscates their passports and demands the camera. Realising that the moment they hand over the tape they will be killed Johan and Saar make a break for it escaping into the dark barrios of Buenos Aries.

Now on the run in a foreign country where no one can be trusted and with a desperate killer cop determined to end their journey, Johan and Saar must put their faith in each other in order to survive the night.