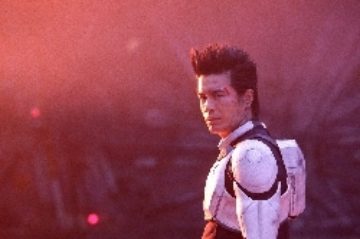 Slum-dwelling Shokichi takes responsibility for the crime of murder to protect Nanao, the girl he has grown up with and cares for. In a deal which would allow Shokichi and Nanao to avoid the conviction and receive a lavish reward, they agree to be a part of a top secret mission – Terraforming Project 500 years ago, to resolve population explosion on Earth, cockroaches were sent to Mars with mosses to make the atmosphere habitable for humankind. Now in 2599, the mission is to exterminate the roaches and colonize Mars.

Including Shokichi, 15 destitute people from all walks of life have been assembled for the task. They land on Mars with hopes of a better future that awaits them once the mission is completed and they are rewarded. However, the moment Shokichi sets foot, he finds out that cockroaches have evolved into huge creatures with unbelievable strength and mercilessly attack humans. In the midst of this danger, Shokichi is informed that all the crew members have actually undergone an operation to fight against the humanoid cockroaches. With this power, Shokichi and the crew members struggle to defeat those bugs with the hope of returning to Earth.