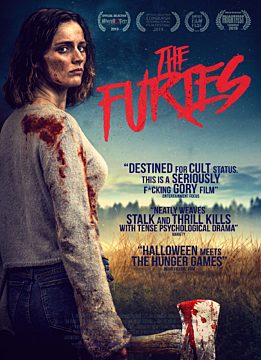 Rebellious high school students Kayla and her best friend Maddie are stalked and abducted by a sinister presence while out bombing their neighbourhood with graffiti. Waking up, in the woods, bound and disoriented in a claustrophobic coffin-like apparatus, Kayla's first thought is of Maddie. Before she has a chance to ruminate on the dreadful fate that may have befallen her friend, Kayla notices a terrifying masked man fast approaching, armed with a razor-sharp axe. As a chase ensues, it soon becomes clear that Kayla and her pursuer are not alone. There are six more young women, each with a masked stalker assigned to them, hell-bent on murder. If that girl dies, so does the stalker - retinal cameras implanted in their eyes are unwilling players in a deadly game. As the threat of more killers close in, she races to save as many girls as she can. But when the girls turn on each other, Kayla's killer instinct is unleashed and she does whatever it takes to survive and seek revenge on her abductors.