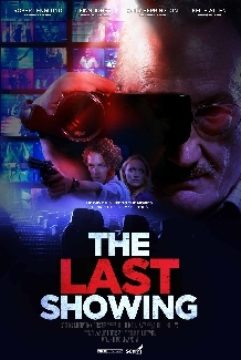 Martin (Finn Jones) and Allie (Emily Berrington) are on their third date. It's make-or-break time. She has two tickets to a midnight screening of “The Hills Have Eyes 2” and Martin is up for anything he can get!

Popcorn in hand in a deserted theatre, the movie is in full swing when suddenly the screen goes BLACK.

Little beknownst to Martin and Allie, veteran projectionist Stuart Lloyd (Robert Englund) has other ideas. Fired from his beloved job, Stuart is determined to shoot his own horror film, with Martin and Allie as his leading man and lady.

Trapped inside the cinema, Martin and Allie’s evening turns into a cat and mouse death trap with Stuart pulling all the strings. He captures his plot using CCTV as it unfolds.