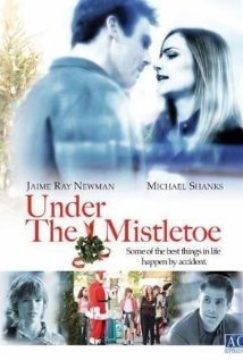 Susan and Tom Chandler are deeply in love and looking forward to the holidays with their eight-year-old son, Jonathan. But driving home with their Christmas tree, the family is involved in a car accident. Recovering in the hospital, Susan sees Tom sitting in her room watching over her, at the same time her best friend, Michelle, explains to her that Tom died in the crash. A year later, as Christmas approaches again, Susan and Jonathan still have great difficulty dealing with Tom's untimely death. Michelle pushes Susan to begin dating again, though she doesn't feel ready. Jonathan continually claims to see Tom and to have conversations with him - though no one, not even his mother, believes him. When Jonathan gets into trouble at school the new counselor, David Harrison, takes an interest in he and Susan, trying to understand the cause of Jonathan's inability to "let go" of his father. At the same time, Jonathan and Michelle enter Susan in the radio-broadcast "Under the Mistletoe" dating search without her permission, hoping she will find a new love. When Susan is selected as the "feature bachelorette" in the dating search, slick attorney Greg Roberts bets his co-workers she will choose him as her "number one bachelor", Though Jonathan - and Tom - disapprove of Greg, Susan is fooled by his smooth seduction. Meanwhile, even as Susan remains oblivious to his affection, David falls for her. Through Jonathan, Tom must now try to lead his beloved wife toward choosing the right man - so his son will have a good father, and she can experience true love again.