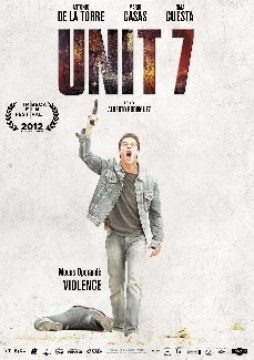 Unit 7 has a tough mission: to clean the most dangerous drug trafficking networks out of the city and bring an end to the corrosive power that has taken hold of the streets. A detail of four, led by Ángel (Mario Casas), a young officer aspiring to detective, and Rafael (Antonio de la Torre), a violent, arrogant, yet efficient cop.
But Unit 7’s modus operandi is slipping outside the bounds of law through their use of violence, coercion, lies and half-truths. For them, anything goes. As they gain ground in their mission, the two officers head in opposite directions. Ángel takes the path of ambition and police excesses, while Rafael will begin to change as a result of his feelings for beautiful, enigmatic Lucía.