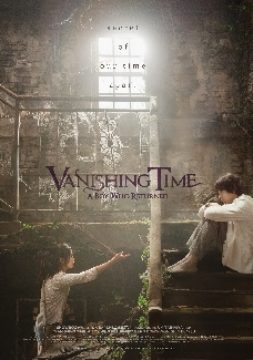 Vanishing Time: A Boy Who Returned

A MYSTERIOUS CASE OF MISSING BOYS LOST IN TIME
13-year-old Su-rin moves to a remote island with her step-father when her mother passes away. She befriends Sung-min, an orphan boy who truly understands her. One day, they venture into a cave in the forest with a group of kids and discover a glittering egg which, according to their local folktale, hold a time-eating monster a monster that can instantly turn a child into an adult.
Su-rin tries to stop them, but the boys take the egg out of curiosity. When she follows them out of the cave, she finds that her friends have disappeared. The police assume that this is an abduction case and begin their investigation. Su-rin tells the police about finding the egg, but nobody believes her. Later, a mysterious man in his 30s shows up and tells Su-rin that he is Sung-min.