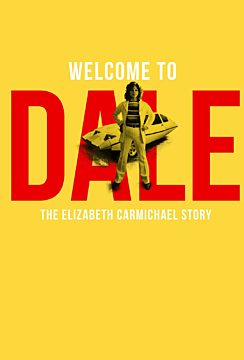 G. Elizabeth Carmichael’s fall from grace was swift and spectacular. In under a year, she went from the unlikely savior of the American Auto industry, her image plastered all over the press and billboards, to a fugitive being hunted by the FBI. A maverick visionary, she was meant to save America from its fuel crisis with her revolutionary car, The Dale. This car, Liz promised, could run more miles to the gallon than anything else on the road and it was destined to smash the monopoly of the big three car makers once and for all. But this is America. A country so besotted with the shiny exterior that sometimes it forgets to look under the hood. Because when something seems too good to be true... it usually is. Ridiculed, belittled and besmirched, the tale of G. Elizabeth Carmichael exposes the dark underbelly of the American Dream. It’s a story of murky dealings and murder, of ex- cons and industrial spies, of jury tampering and mafia rumors, and a family secret so huge it threatens to bring everything crashing down.