홈페이지 / 영화 / A Secret Between Us 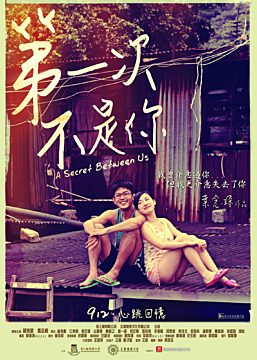 A Secret Between Us

The rain was pouring, hairstylist Ken (Edward Ma) travelled a long way to Tuen Mun reluctantly to do the bridal’s hair for his good friend. Much to his surprise, Ken bumped into his first lover, Bobo (Angel Chiang) …

It was the first day of summer vacation, Bobo found a summer job to help the family’s living. When she arrived home from work, she found her mother fainted on the floor. The doctor diagnosed that her mother was suffering from serious kidney failure and had to take a kidney transplant surgery immediately. Bobo was told that she could buy a kidney from the Mainland which would cost about Sixty Thousand Dollars - an enormous sum for a destitute family like Bobo's.

The helpless Bobo sought help from her neighbor, Wendy (Sharon Chan). That night, Bobo told Ken frankly that Wendy had paved the way for her to work as a high-class prostitute at hotels.

Unable to offer an option for Bobo, Ken could only support her decision. For a week, Ken had accompanied Bobo to the hotels and picked her up afterwards. One night Ken waited for a long time until Bobo finally appeared, she hesitantly told Ken about her bashful experience with an aged whoremaster. Instead of showing any sympathy, Ken snapped at her in discontent and jealousy, “Are you really enjoying the life as a prostitute?”
That night, Bobo told Ken not to accompany her to work anymore, she decided to go by herself. On the other hand, Ken accepted the camping invitation from his classmate. When he returned, his mother (Kiki Sheung) told him that Bobo’s mother passed away the previous night unexpectedly, Bobo and her younger sister were taken away by her relatives.

Ten years have passed since they last met. The question still lingered in Ken’s heart: Why did Bobo leave suddenly ten years ago? Bobo suggested going back to the place where they were brought up before the banquet started. That was a time tunnel that stirred up every bit and piece of their past memories. Life is like a roller coaster with ups and downs and is ever-changing, what exactly have Ken and Bobo missed?
The story has just begun…