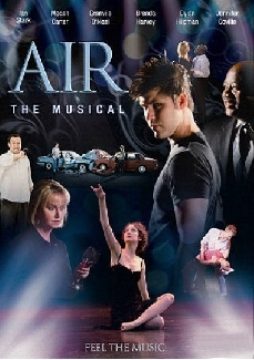 "AIR" is the first modern musical. It follows three stories of people who feel out of place in the world, and their longing to find a connection with someone else. It breaks stereotypes - a middle aged African American sings to a new love in a country western bar, a young goth girl sings a 50s style ballad as she wanders the streets with a broken heart, and a punk croons a modern doo wop at a punk rock show. Features all original songs.