홈페이지 / 영화 / Angels In Our Midst 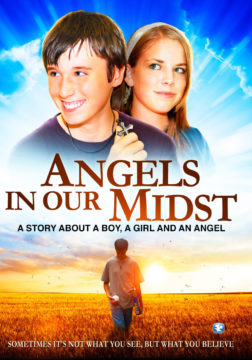 Angels In Our Midst

Alternate Titles: A story about a boy, a girl, and an angel

Outcast by most of the children in the junior high school he attends, Tobey Marshall has been deeply traumatized by the death of his parents at the World Trade Center on 9/11. Living with his Uncle Nick and Jannah, Tobey is a loner who has created his own world where he believes he is protected by a guardian angel. A young girl named Suzy, whose own beliefs are in question, befriends Tobey and by doing so discovers that they have more in common than she ever expected. Suzy has captured the fancy of Jim Doder, a popular basketball player at school, who leads a double life as a gang leader in a series of local home burglaries. When Suzy rejects Jim's affections, and her relationship with Tobey continues, Jim makes life difficult for the both of them. After one of Doder's gang is arrested in a botched burglary attempt, Tobey is framed. In the dramatic and exciting climax, Tobey must prove his innocence to Suzy and the whole school by facing reality and confronting Jim Doder in public.