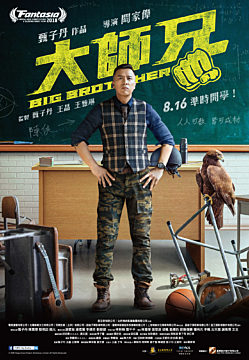 Henry Chen (Donnie Yen), who just started to work as a high school teacher, is faced with the crisis that his school might be scuttled by the government. And his students, the combative Jack (Jack Lok), ADHD Bruce (Bruce Tong), video-game fanatic Chris (Chris Tong), tomboy Gladys (Gladys Li) and Indian-Pakistani Gordon (Gordon Lau) are all poorly-qualified in both conduct and academic performance.

Henry uses unconventional teaching methods to smooth every problem his students are facing, and finally manages to tame all his students one by one.

Just when everything seems to be working out for Henry, a disastrous incident happened in the class. As the class teacher, Henry becomes the target of criticism and blame. Henry is hence in danger of being disqualified by the Education Bureau.

While all the teachers and students are working hard for their future and to save the school, a conspiracy is secretly brewing behind the scene… An evil entrepreneur is bent on acquiring the land that the school is situated on. Once again, battle-hardened veteran Henry has to put aside his teacher identity and set out on an ultimate battle with all the teachers and students to defend the school from being disqualified.