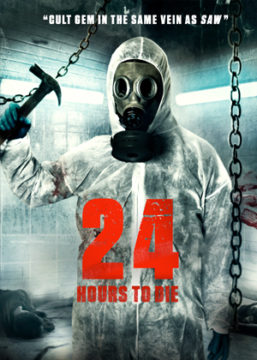 Taking place in a near future. 12 strangers are held against their will and injected with a killer virus. They must go along with the rules if they are to get the cure. With the clock counting down from 24 hours, they have to make some decisions that will haunt them for the rest of their lives....as the decisions get harder, characters are broken while others stand up and become leaders but only one of them can survive this deadly game