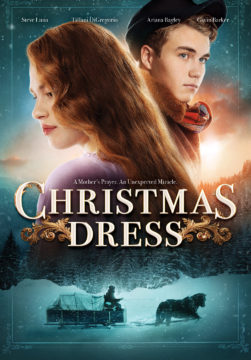 It's Christmas Eve, and Leland Jeppson's hope is gone. Struggling to get by in their rustic homestead, he had at least wanted to give his family a special Christmas. But with a blizzard blowing in and the train bearing their gifts nowhere in sight, it seems Christmas is just one more thing they'll have to do without. But as dusk falls, the Jeppsons' packages unexpectedly arrive at the post office in the not-so-nearby town. Half-blinded postman George Schow is hesitant to brave the storm, but his son, Sidney, will stop at nothing to bring Christmas to the Jeppsons—and ask their daughter, Ellen, to the New Year's Eve dance. Now it's up to father and son to battle fierce elements in an attempt to deliver a Christmas miracle.