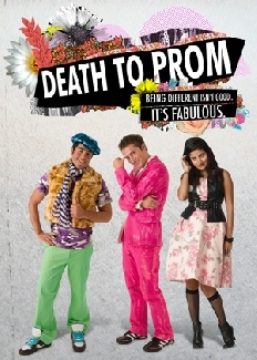 René, Frankie and Holly are high school outcasts who make the most of going to high school by dreaming up high-fashion photo shoots, and bribing their siblings to model for them. René loves his fashion magazines and designing clothes. Frankie lives for her camera and punk rock. Holly gets the whole class to vote for René to organize this year's prom, which all of them dread to go to -- until Sasha shows up -- a handsome soccer player with a soft spot for Pushkin's poems. Frankie, René and Sasha are caught in a bizarre love triangle and competing invitations to the prom. Their high-fashion drama could destroy their friendships, along with the entire prom.