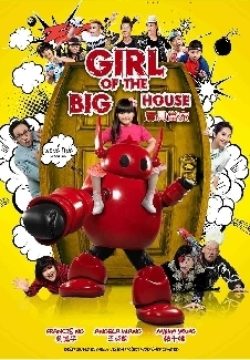 Girl of the Big House

Bowie’s (Angela WANG) parents, Neil (Francis NG) and Nina (Miriam YEUNG), are always tied up with their big business projects. Although Bowie leads the life of a little princess, she is very lonely. Her parents are never around, Bowie has only nanny Aunt Kim (Yuen QIU) and tutor Macy (Zhen QI) to keep her company. Bowie’s biggest wish is to have her parents come home in time to join her birthday party.

One day, some human traffickers attempt to kidnap Bowie. Luckily, in the nick of time, three smart street kids Holly, Man and Donald come to her rescue, and instantly they become good friends.

Neil keeps a Van Gogh masterpiece in the house, which his mother has promised to give to his elder brother, Dave (also Francis NG). Yet Dave has been sentenced to jail for accidental killing. He holds a grudge against Neil for seizing all the inheritance from their parents. Upon his release from jail, Dave plans to get back his Van Gogh masterpiece. However, he is not aware that his accomplices are planning to rob the house with the help of their boss, Mr. Brutal (Jim CHIM) and to kidnap Bowie for a ransom.

In face of imminent danger, will Dave boost up his last inch of courage to rescue Bowie?