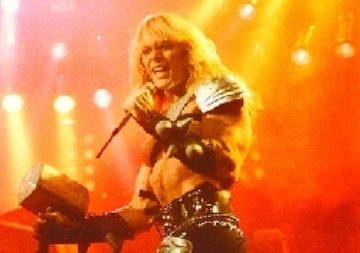 Jon Mikl Thor was a bodybuilding, steel bending, brick smashing rock star in the 70's & 80's whose theatrical band, THOR, never quite made it big. Ten years into retirement, and incapable of living like a normal mortal human being, Thor attempts a comeback of his band – a comeback that nearly kills him.