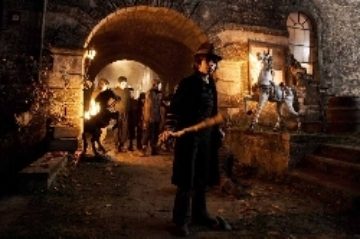 The children in the quaint little town of Timpetill are constantly up to no good. So, when mayhem breaks out after a pint-sized prankster ties an alarm clock to a cat's tail, the grown-ups decide it's time to teach their badly behaved offspring a lesson.

One morning the children wake to find there isn't a single adult in Timpetill and it's down to them to fend for themselves. The kids quickly form two clans, one led by Oscar, the thuggish son of the town's butcher and the other by the bossy but well-intentioned Marianne, who tries to reassure the younger children while bringing a semblance of order to the town. It's soon open warfare between the two gangs, the ever-resourceful children transforming tennis rackets, potatoes and other every-day items into weapons of destruction. But just where are their parents?