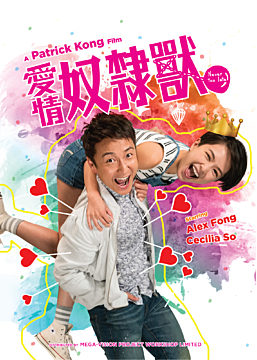 Calvin Lam (Alex Fong) is a cop and is dating the famous finance anchor in town, Farrah Yim (Samantha Ko). Farrah has had casual love affairs with a lot of the well-off guys. Calvin somehow seems to be infatuated by her so much that he turns a blind eye to Farrah's unfaithfulness. However, even Calvin is willing to be Farrah's “Love Slave”, Farrah finally decides to break up with him.

One night, the heart-broken Calvin went to a club and got acquainted with Bobo (Cecilia So) who is obsessed by the kingpin of gangsters, Handsome (Andrew Yuen). Calvin and Bobo have impressed each other during a gangster warfare there.

Three months after the encounter, Calvin and Bobo meet again because of a mysterious homicide. The two unravel the mysterious facts together. As they move along with the leads, they discover shockingly that there is a hidden secret behind the fact …

On the other hand, both of them also start to fall for each other and Calvin finally defeats the destiny of being a “Love Slave”, and learns to love with dignity.