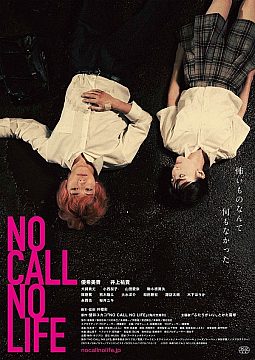 NO CALL NO LIFE

Umi has been receiving strange anonymous voice messages from a boy named Mahiro on her phone. All calls date back 10 years ago.

She meets a naughty one with dyed blond hair whose family name is Harukawa.

Umi and Harukawa have similar issue with their own complicated family background relationship, so they have mutual feelings and they became close.

One day, Umi finds secrets of Harukawa and her own past through the mysterious phone calls.