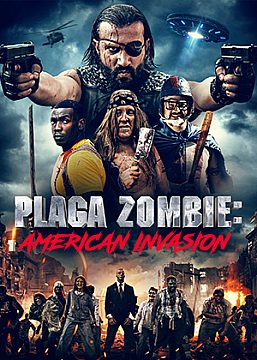 An Alien race attempts an invasion on earth by infecting the human population with a virus turning them into bloodthirsty zombies. The northeast-coastal city of New Bedford, Massachusetts USA is quickly overrun by alien-infested zombies. To contain the outbreak, the government detaches the city at its fault line and sets it adrift into the Atlantic Ocean. Four unlikely heroes must battle through the hordes of zombies, stop the alien invasion, and anchor the floating city before it smashes head on into the Azores Islands.