홈페이지 / 영화 / Pleased to Meet Me 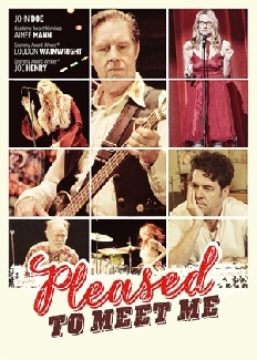 Pleased to Meet Me

Rock star Pete Jones (John Doe) is in trouble. He is solo in his personal and professional life and he can’t seem to finish his long-awaited album. Threatened with bankruptcy and a lawsuit from his label, Pete turns to his lost love and former producer, Laura Klein, for help.

Together, they form an eclectic group of musicians who have never met to create a band, for one day and one day only. Their 24-hour experiment will be recorded live by Laura for the syndicated radio show "World Cafe" and provide her an opportunity to establish a life from under Pete's shadow. For Pete, it's a chance to re-mix his personal and creative life, provided he can get his ego out of the way. For the unknown band, it’s a time to see if they have what it takes to realize, or say goodbye to, the dream of making it in the music business.