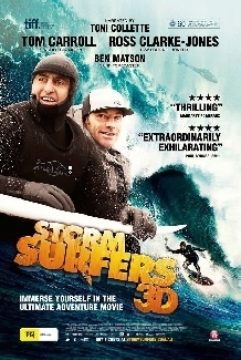 In this epic production, the Storm Surfers team set out to conquer giant waves from breaks around Australia and across the globe. Ross and Tom join forces with some of the world’s greatest surfers and the world’s best female tow-surfer Maya Gabeira to conquer the world’s most awesome waves.

Together, with surf-forecaster Ben Matson, they’ll use cutting edge science and every bit of experience they’ve got, to surf and survive the most challenging waves of their careers.