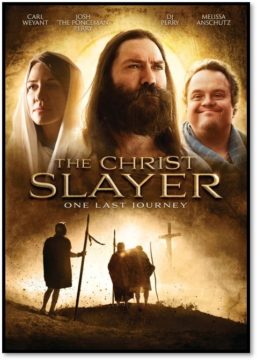 The Christ Slayer follows the Passover story of Jesus (DJ Perry) from a unique viewpoint, as we follow the trials and tribulations of Longinus (Carl Weyant), the Roman soldier rumored to have put the spear to Jesus side on the cross. Share in his journey of self-discovery which unfolds along the road to Emmaus, as he encounters a mysterious stranger whose words and actions will awaken deeply buried feelings of forgiveness and faith in the broken soldier who's destiny was to become a legend.