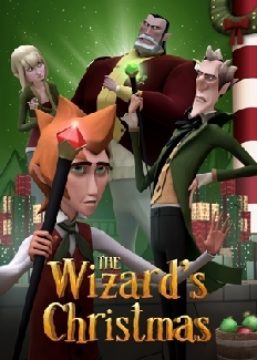 Long ago in a far-away land, a young wizard's apprentice named Alerik discovers a pathway under the wall to a shining lively city with the magic of Christmas. He meets a young girl, and learns that -- on a Christmas Eve many years ago, the Dark Wizard broke the spirit of Christmas, dividing the people and splitting the Christmas City in two. But all is not as it seems, and Alerik must find a way to right the wrongs of the past to restore the magic of Christmas, before it is lost forever.