홈페이지 / 영화 / The Wizard's Christmas 2: Return of the Snow King 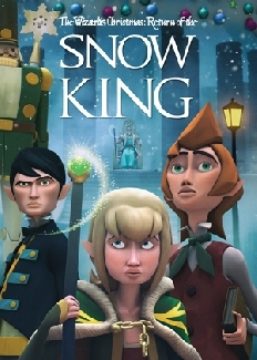 The Wizard's Christmas 2: Return of the Snow King

A year after a young wizard helps the Christmas Town finds its spirit, the people from both sides of the wall have slowly begun to rebuild their city under the leadership of the new Christmas Wizard, Perin. The city is buzzing with excitement and preparations are in full swing for the first new Christmas of the age.

Alerik, the young wizard who saved the city is also anxious to contribute in this new era. The new leader, Perin, however is struggling with all the expectations placed upon her to restore Christmas to its former glory. Alerik uncovers a secret that leads him to a great discovery deep in the woods beyond Christmas Town that will rock the city to its root, and fills Perin with doubt as she confronts the possibility that she may not be the rightful leader after all.