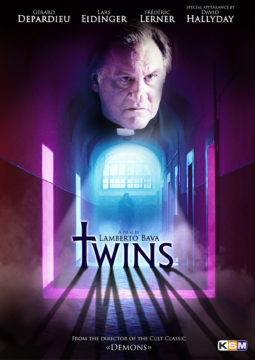 The massacre of the Levi family, of which only adopted twins Eva and Greta survive, pits priests Father Michel and Father Paul against the powers of evil, both convinced that the twins are diabolical. The girls are then confined to a Halfway House, where a series of mysterious deaths occur, requiring the intervention of Police Commissioner Zanda, who fails to come up with any answers. Recruited by Bishop Tarcisi Lombard,the two priests set out on what will be a no-holds barred fight against the twins, all the way to an exciting finale that will reveal Father Paul to be truly evil. However, Bishop Lombard, the deus ex machine of the situation, turns out to be the embodiment of Evil on Earth. In a very definitive upheaval of events, we learn that the two priests were killed in a road accident some time before, their souls captured by the twins.