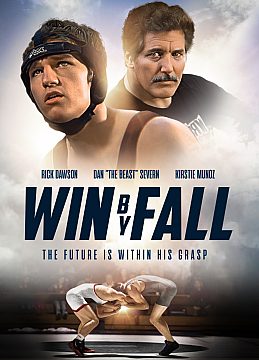 Scott Reynolds is the state’s best 152-pound wrestler. He is a lock for a state championship and a scholarship to a Big Ten University. Scott is cruising his way through a perfect season, until his best friend Ryan, the team’s 171-pound varsity wrestler, breaks his leg in a meet with their cross-town rivals. Coach Winters (three-time UFC heavyweight champion and hall of fame member, Dan “The Beast” Severn) moves Scott up to the 171-pound division. Now, two weight classes higher than he has ever wrestled before, Scott fights for his future. If Scott wants to go to college, he needs a scholarship. If he wants a scholarship, he must WIN!