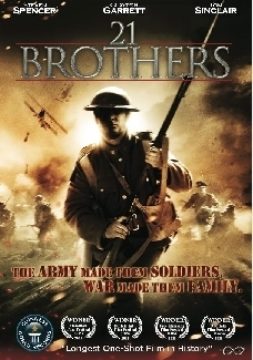 21 Brothers tells the story of the Canadians 21st Battalion as they prepare for the battle of Courcelette in WWI. Taking place in real time, the film follows Sgt. Reid as he must get his men ready for the impending battle. Not only must he prep his battalion Sgt. Reid must also deal with the day to day difficulties of life in the trenches, including injuries to his men, supply issues, and an underage recruit who has recently been sent into the front lines.