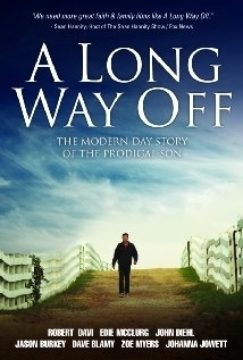 A Long Way Off

In this modern take on the parable of the Prodigal Son, young Jacob (Jason Burkey) is tired of living on the family farm, submitting to the rules of his father. After demanding an early inheritance, he heads to the big city where he does suprisingly well. But his flamboyant lifestyle attracts the wrong women, including seductive Laura, whose rich boyfriend Frank (Robert Davi) is often dangerously nearby. When Jacob suddenly loses it all and has nowhere else to turn, he must head home and face his father.