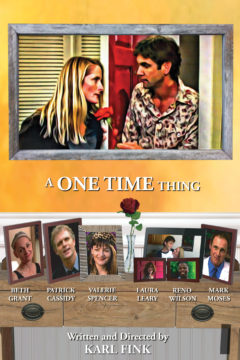 A One Time Thing

When Casey Hill finds her fiance in bed with another woman two days before her wedding, she's out to seek revenge. When her revenge "one time thing" gets her pregnant, instead of dropping into the witness protection program, he steps up and tries to convince her she should marry him and be a family. She wants to do it on her own and he becomes a nagging detail she can't quite shake.