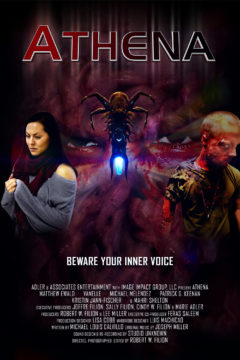 Following a containment breach at a biomedical laboratory, an experimental organism escapes to infect the researchers and those around them. Once settled in its host, this parasite takes the form of an inner voice that the person can neither ignore or turn off. Named "Athena" by one afflicted person, the voice proves to friendly, even motherly, and leads her hosts to believe that she is looking out for their best interests. But when some of them begin to commit acts of horrific violence, it becomes clear that Athena is just using her hosts to fulfill her own sinister ends...