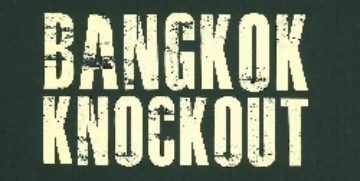 Bangkok Knockout is about students who are passionate about martial arts. They form an underground club called the “Fighting Club”. After graduation, everyone parts ways and live their separate lives. A Fighting Club reunion brings their familiar laughter and smiles back together, until a bomb goes off …

Everyone wakes up to an eerie atmosphere. The feeling of death lurks closer and closer. They come face to face with mysterious killers, it is a matter of life and death. Amidst confusion, tension and fear elevates, no one knows who is responsible. No one knows why. But they have no time to even blink … it is to kill or to be killed.