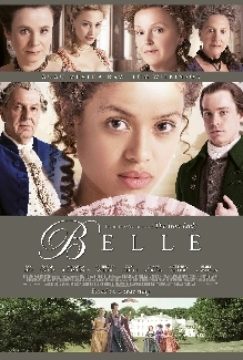 BELLE is inspired by the true story of Dido Belle, a mixed race girl raised as an aristocratic Lady in England at the end of the 18th Century. Half black and half white, Dido is the result of a union between British Naval officer and an African slave women. When, at six years old, her mother dies, her father, Sir Admiral John Lindsay, claims her and beseeches his uncle, the Earl of Mansfield, to take the child into his care at Kenwood House in Hampstead where she is to be raised alongside her cousin, Elizabeth, with equality and privilege in a manner befitting her aristocratic blood line. Prevented from marrying because of the colour of her skin, Dido must navigate her way past barriers of race and class. Although she has the affection of a loving family, society will place many constraints upon her which she must fight to overcome if she is to discover the path to true love and self-acceptance.