Pagina Inicial / Filmes / At the Frontera 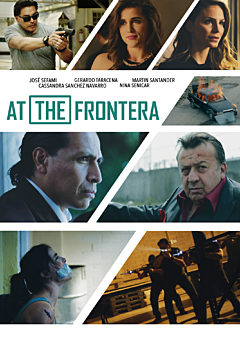 Separated as children when their mother unsuccessfully attempted to flee Mexico for the United States, Franco and Eduardo now find themselves on opposite sides of both the border and the law. Franco has grown up to be an American ATF agent, while Eduardo is a defense attorney in Mexico City, naively failing to realize that his father Alvaro is a murderous gangster, and that the clients he´s been defending are actually his father´s criminal associates. Not realizing who is father really is, Franco is sent to Mexico to help the local authorities with an investigation of Alvaro´s human trafficking and weapons smuggling activities, where he discover that he is pursuing his own family. Knowing that Eduardo is the missing piece of the puzzle that can bring Alvaro down, Franco must now convince his brother to see their father for the vicious criminal that he really is.