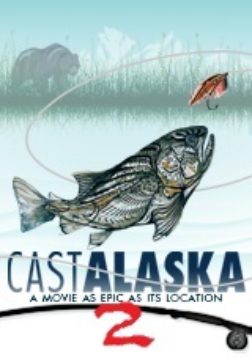 Travel with the same cast of characters that made the first Cast Alaska a hit as they go on their first trip to Western Alaska, sharing the rivers with hundreds of giant grizzly bears. Then to the pristine beauty of Prince William Sound, where they make their first foray into deep ocean fly fishing to find what treasures they can pull up from the depths. Their final ultimate adventure plays out above the Arctic Circle in the remote Nature village of Kobuk where they hunt one of the rarest fish on the planet - the elusive Sheefish! Called an ”Inconnu” in French (which literally translates to “unknown”) the Sheefish exists in only seven streams in the world, and are so rare that some fishermen think their existence to be a myth.