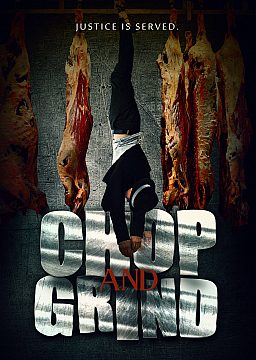 “Sweeney Todd: The Demon Barber of Fleet Street” meets “Fried Green Tomatoes.” “Chop and Grind” is a lighthearted story about a butcher, Angela, who is tired of the same old grind and decides to close the family owned deli. But when her younger sister Mia kills her mobster boyfriend Ray in a heated argument, Angela finds herself butchering Ray’s body and turning him into salami to get rid of the evidence. She sells it as a new sandwich at the deli which becomes an instant hit by consumers, and mob boss Mr. Soldi who recognizes the business opportunity and orders Angela to make more. As Angela fears the damnation of her soul, Mia believes they’ve been anointed by God as she kills loathsome criminals in the butcher room while Angela chops and grinds them into salami. As Detective John Martello begins to put the pieces together, Mr. Soldi demands Angela tell him the secret recipe or he’ll turn her and her sister into salami.