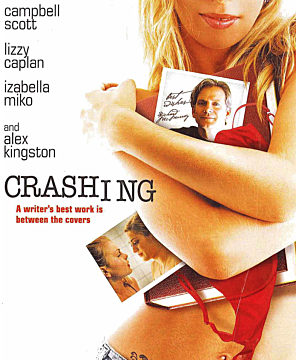 Having found fame and fortune with his debut novel, Richard McMurray (Campbell Scott) is trapped in Malibu, stuck in a bad marriage and under contract to complete a novel he hates. When his wife locks him out, he is suddenly free of both her and the book. After speaking to a writing class taught by his ex-girlfriend Diane (Alex Kingston), Richard finds himself crashing on the couch of a couple of students, Jacqueline (Lizzy Caplan) and Kristin (Izabella Miko). Inspired by seeing these ambitious young women’s lives in such close quarters, he starts secretly writing about them. They, in turn, write their own short stories, which seem to be taunts directed at him. An elaborate game of cat and mouse ensues -- who exactly is pursuing whom?