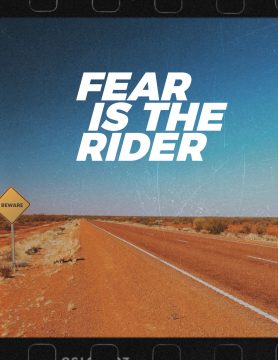 Fear is the Rider

Fear is the Rider is the story of John Shaw, a photojournalist who arrives in Australia trying to recover from his experiences reporting on the Vietnam War. After meeting a young woman in a small town bar, he decides to detour into the Outback to photograph cave paintings. Out there, under the baking sun, people can die within hours. But the elements are not the most hazardous thing in the bush, and Shaw and his mysterious companion soon find themselves caught up in an unrelenting fight for survival in this macabre, tense, chase thriller that is part Duel, part Picnic at Hanging Rock.