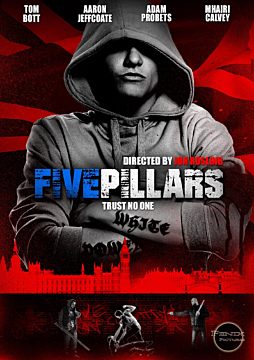 Returning from the war in Afghanistan ex-soldier Darren find himself disenfranchised by a society struggling to find its identity. Best friend Paul has moved to university while his other friend Gary has joined the extremist ranks of the National Defence League and spends his days raging against the "threats" of immigrants and multiculturalism.Meanwhile Darren's ex-girlfriend, Sophie, has grown distant and doesn't want to know him now that he is back from the war. His only connection with anyone seems to be with his once estranged grandfather, a man who harbours his own dark past, one that bubbles to the surface when Sophie is propositioned by a young Asian boy.