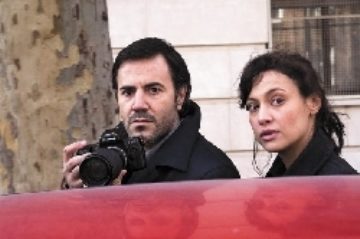 A dazzling, suspenseful political thriller based on a true story, starring
José Garcia (The Ax), Natalia Verbeke (The Method) and Jordi Molla
(Blow, Bad Boys 2).
Spain, 1980s. The country lives in fear of the Basque separatist organization,
ETA, whose murderous bombings have provoked violent retaliation
from the Anti-terrorist Liberation Group, G.A.L. Manuel Mallo
(José Garcia) and Marta Castillo (Natalia Verbeke), leading investigative
reporters on a national daily newspaper, are contacted by an
anonymous source who claims to have proof of links between the
G.A.L. and high-ranking officials in the Spanish government. It could
be the political scandal of the century, if they are prepared to risk
their lives to nail the story…