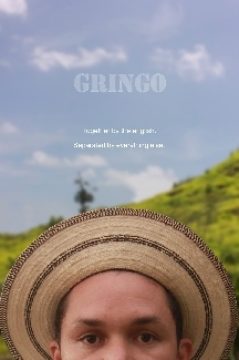 Gringo is the nickname of Juan, who lives with his mother in a small town in the deep Panama country side . Gringo reads, understands and speaks a perfect english without formal basic school, neither never left his home.

His monotony, lonely life is interrupted by the arrival of lost surfers. With them, for Gringo comes love, an accident and an idea: finally know the capital.

In the big city, Sophie is a woman who wants to be accepted. But in the world of the high class and appearances , not speaking english "like a american" is a mortal sin . Sophie is scorned for that.

Gringo and Sophie. Two marginalized persons in their own worlds. Becomes teacher and student. Soon both learning more than expected.

And all because of a country town dance , some magazines and audio tapes forgotten, an "alternative artist " , a U.S. official ... and a dolphin.

Gringo is a story with a touches of irony, realitiy and humor. It's about finding your place in life. Where you really want to be and be valued.

Taking as a background one of several anonymous
cases of children "left behind" between Panamanian women and American soldiers of military bases in the former Panama Canal Zone, a untold part of the two countries bittersweet history.