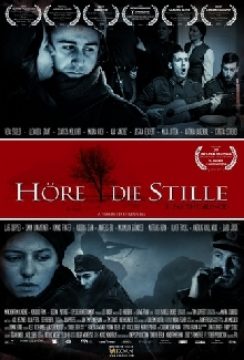 This is the story of a group of German Soldiers and women from a small town at the time of the German attack on Russia in 1941.

The lost unit of German soldiers looks for shelter in a remote village in the Ukraine. They were separated from their company during battle and now they are deep within enemy territory cut off from the German forces.

The soldiers have to stop in the village in order to get provisions & transportation so that they can join their troops again. A task that could prove dangerous.

To their surprise, the villagers welcome them as their saviors from the impending deportation by the Russians. The townspeople are German Russians and Stalin condemned them as traitors. Most of the residents initially try to befriend the stranded German soldiers. The soldiers reciprocate, as both the villagers and soldiers depend on each other for survival.

Thanks to their shared language and roots, and the unspoken agreement the two parties grow ever closer. They share their dreams, their past and their wishes concerning the future. The seed of trust grows in spite of a lack of trust felt be individuals on both sides.

Not seeing the unpredictable, fear leads to tragedy. A fight for survival begins.

„Höre die Stille“ („Hear the silence“) is a parable about the loss of innocence during times of
war.