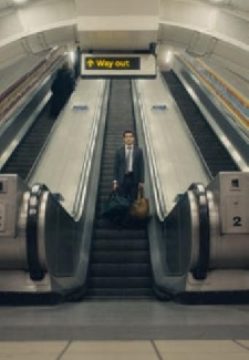 Carter has hit rock bottom. In the space of a year he’s become homeless, single and unemployed. Life has been better. Carter, desperate to get his life back on track, starts by trying to find his elusive ex-girlfriend, Kelly. It’s the 11 -month anniversary of their break up and now, more than ever, Carter feels that she is the key to restoring harmony to his life. But Kelly has changed her telephone number and clearly does not want to be found.
A chance meeting with Kelly’s highly-charged brother Aaron – a B-list American actor – provides Carter with the opportunity he has been waiting for. But in return for Kelly’s number, Aaron demands a favour of his own which sees Carter sent on a wild goose chase around London, meeting some unlikely accomplices along the way. Little does he know that his stumbling attempts towards reconciliation will take him on quite a different journey. Could this be the opportunity Carter needs to find happiness and regain control of his life?